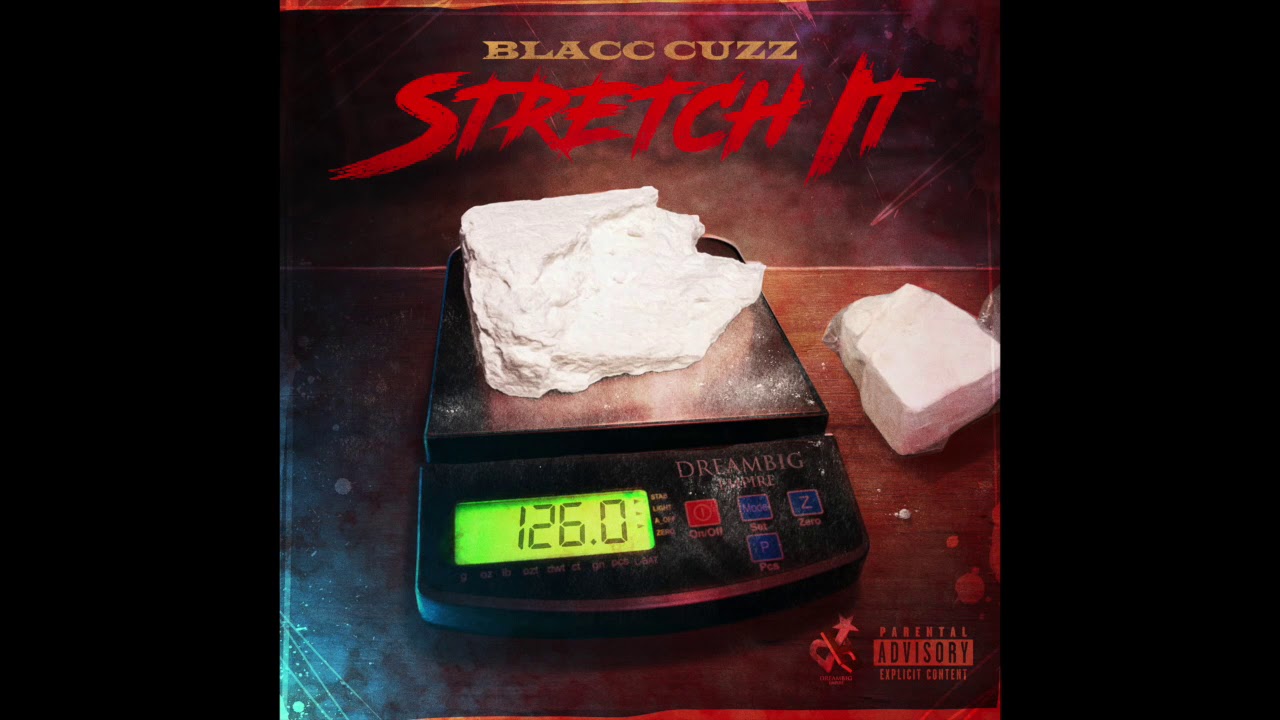 New releases seem more prevalent than ever in today’s technology-connected world. It’s become easier for people to create, record, and upload their content to an audience of millions, and many artists are taking full advantage of that fact. With that said, sometimes quantity is not the best measure of quantity, and not all of the music being released has a point to make. Great music has a message, and that’s what Blacc Cuzz offers listeners with his releases. He believes that through music, he can motivate thousands of people who find themselves in difficult situations every day. And his new single “Stretch It” proves his point.

If you aren’t familiar with trap rap’s burgeoning scene of talented new artists, you might not be familiar with the name “Blacc Cuzz”. A PA native, Blacc Cuzz creates trap rap with a purpose and draws upon his own experience on the streets to craft compelling tales via his tunes. And while his music is refreshingly original, you can still get a hint of influence from the greats like Gucci Mane and Yeezy, both of whom Black Cuzz cites when talking about artists important to him and his sound.

One of the biggest issues in today’s music scene is that of authenticity. It’s not so much a problem in genres like pop, where the intent of the music is often simply to entertain, but trap rap is an entirely different story. Listeners expect trap rap creators to release music that means something to the – music that shares the creator’s truth. When that doesn’t happen or the experiences being shared aren’t quite truthful, the entire release rings a bit false. Luckily, this isn’t an issue that Blacc Cuzz runs into. His music is fueled by his memories of his youth and young adulthood, and every song has a point.

So what is the point?

Blacc Cuzz doesn’t just create music that he likes, or even just music that relays his own experiences. He crafts releases that are designed to motivate the listener to keep striving to be a better person. If anyone understands the harsh reality of street life, it’s Blacc Cuzz. After doing time in prison and losing two of his brothers, he had plenty of reasons to give up and just embrace his trajectory. Instead, he took his experiences and used them as motivation to keep moving forward even when it seemed hopeless. That’s the kind of motivation and inspiration he hopes his listeners get out of his music – the motivation to grow and better themselves even when life is hard.

Blacc Cuzz’s latest album is called “Stretch It”, and it’s a fun trap rap song that energizes just as much as it motivates. And, of course, it shares his insight and experiences with a wider audience.

Listeners interested in learning more can listen to the album or visit Blacc Cuzz’s website to see more of what the new artist has to offer.