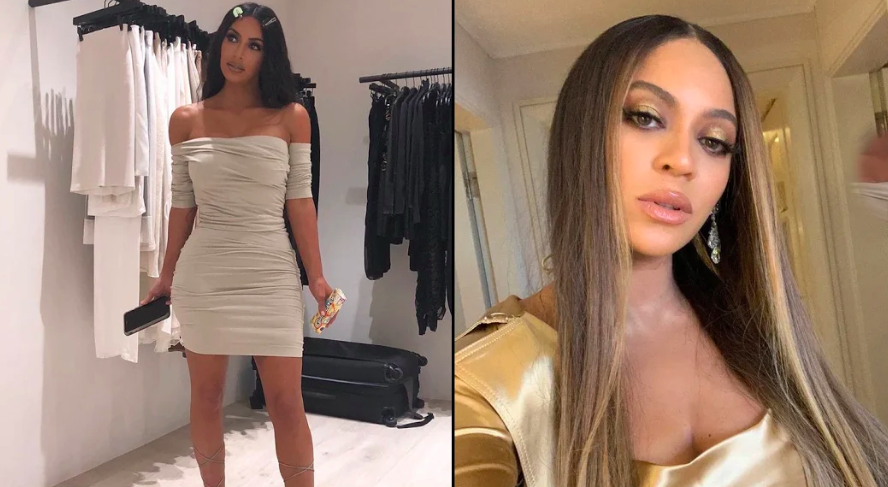 Beyonce Knowles: fashion icon, hip hop, pop, and R & B superstar, is someone accustomed to being the center of attention. The musical superstar has accrued millions of fans throughout her professional career. While this can obviously come with many benefits, such as the money and attention that comes with having fans that one can sell their art too, it also comes with a select amount of admirers. These fans gradually move from appreciating the fashion and musical styling of their favorite artists to borrowing them, and eventually trying to pass them off as their own designs. We’ve seen it a thousand times: Mr. Brainwash, Disney taking Kimba, or The Flaming Lips trying to pass off “Father and Son” as their own song. Artists notice certain aspects of pre-existing artwork and incorporate it into their own work, either subconsciously or otherwise. But sometimes, this appreciation becomes blatant appropriation, especially when an artist copies off of the same artist again and again.

The fashion & beauty businesswoman and pop culture personality has a history with copied art. Whether it’s Naomi Campbell, Beyonce, or Kourtney stealing from Kim herself, she is familiar at this point with the ins and outs of copyright law. While she might never have actually stolen off of anyone’s designs, she’s definitely worn them and to some extent, claimed them as her own.

BET covered many of the occasions where Kim has stolen or borrowed Beyonce’s outfits in an extensive article. She seems to mainly focus on Bey’s looks from the early 2010s, as evidenced by her appropriating looks from the pop megastar in recent years.These include Beyonce’s iconic glitter look, where she initially dazzled her fans with iridescent body paint in 2011. In 2017, Kim did the same exact thing, albeit with a slightly different color palette. Then again in 2018, Kim took Bey’s Versace-inspired dress from 2011 – black leather, belt buckles and all. The list goes on, but one thing the list doesn’t cover what fans are suggesting Kim is stealing now: Bey’s iconic face.

Has Kim Hired the Best Plastic Surgeon New York, Las Vegas, or LA Has to Offer?

Kim’s face is something of an enigma. Constantly morphing over the decades, Kim has gone from a heart-faced caucasian teenager to an ethnically ambiguous look with puffy lips and even puffier cheekbones. Her originally brown hair has been dyed a jet black, and her freckled face has been tanned to a deep bronze. Along with these changes, her nose has also become smaller with more rounded nostrils. Before and after pictures show it all – but notice how difficult it is to find photos of a young Kim Kardashian. Plastic surgery would definitely be quite a step for the socialite to take, but it’s hard to find another way to explain all of the changes to Kim’s face.

Once you take a look, it seems pretty strange how much Kim has changed her face to resemble that of a light-skinned woman’s. While it’s clear that her brand is trying to be as ethnically diverse and broadly appealing as possible, there comes a point in time where any person has to decide what their brand is, or more specifically: who they are. And no matter who Kim settles on, she’ll never be Bey.

What is clear however,  she’s sure to get to a top-listed surgeon. Nobody knows her exact doctor but almost all buzzing about the ‘Bey vs Kim K’ topic have one idea right. The “West” family leader is not visiting the Dominican Republic or Colombia for all her work. Too many risks are involved with such foreign doctors for most with ‘heavy wallets’ like the Kardashians. Instead Kimmy’s sure to be in the office of a best plastic surgeon of New York City, Los Angeles, or  Las Vegas has to offer like (but not confirmed) Dr Dr. Sachin Shridharani. If not him, maybe a Los Angeles surgeon like Susan L. Chobanian.

If you don’t believe surgeons can sculpt a body like Kim K’s, there’s other ways to figure this out as well. Take a look at a video vixen like Rosa Acosta, going into 2020.  Her figure was just as slim as newly popular Dominican model ‘Idelix3’ but now, all is different.    While high end fashion and many men still prefer the slimmer model, social media has driven ‘swimsuit’ models to new edges.   Women get plastic surgery to call for more attention, using outrageous body builds and heavy cleavage. A surprise Instagram has not banned the trend, considering many kids under 15 are looking at these models’ profiles. Either way, it’s clear Rosa Acosta is another prime example of a great NYC plastic surgeon’s work. As of 2019, the former Caribbean ballet dancer, is built more like a WWE star (see her instagram) and flaunting it.