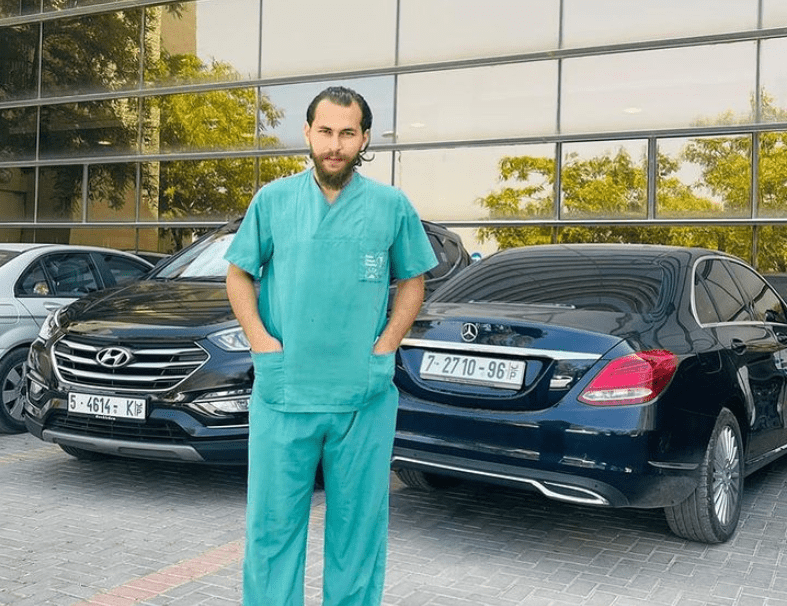 “When life gives you lemons, make lemonade”. It is a common quote that people say to motivate others to deal with adversities courageously. But when it comes to facing adversities, only some people manage to fight hard with a strong mindset. Muhannad Wael is one such person who has set a remarkable example of courage and a powerful mindset for others.

Muhannad Wael is a 25-year-old youngster from Jerusalem who is studying medicine. He has defeated a deadly disease namely, bone cancer without giving up in his fight against it. Before Muhannad Wael got diagnosed with cancer, everything was full of fun in his life.

Symbol of Courage and Generosity

Muhannad Wael would play professional football in his university. But everything changed after the development of bone cancer in his body. He didn’t just become depressed but he also got partially disabled.

After this, things simply stopped in his life but he never gave up and he overcame his disease to live a normal life. That’s why he is known as “the person who refused to die because of love”. He underwent 11 surgeries before recovering completely from cancer.

But he didn’t stop his fight against cancer at that time. Instead, he is volunteering to spread awareness about cancer to help people prevent cancer. Besides, he is working hard to spread positive vibes among patients suffering from cancer.

Spreads Awareness About the Importance of Organ Donation Among Arab Community

Muhannad Wael is a Tedx motivational speaker and he is also a volunteer in the cancer department in Jerusalem hospital. Besides, he is also the official ambassador of MUN and he is spreading positivity among cancer patients.

At present, he is very near to become a doctor and he wants to end the physical or mental suffering of people. Among the Arab community, Muhannad Wael is sharing a message about the importance of transplant surgeries in curing diseases.

He is encouraging the Arabian people to donate their organs after death. His motive is to be a heart surgeon with his expertise in heart transplant surgeries. Moreover, he wants to build the first hospital in the Arab region for the transplant of organs.

Fills Everyone with Motivation

Muhannad Wael is a very motivational personality and his life journey narrates how strong his mindset is. He posts motivational content on his Facebook and Instagram profiles.

Despite facing tough times in his life, he has not developed even a pinch of bitterness in his mind. It is the reason why he is willingly helping cancer patients live happy life.