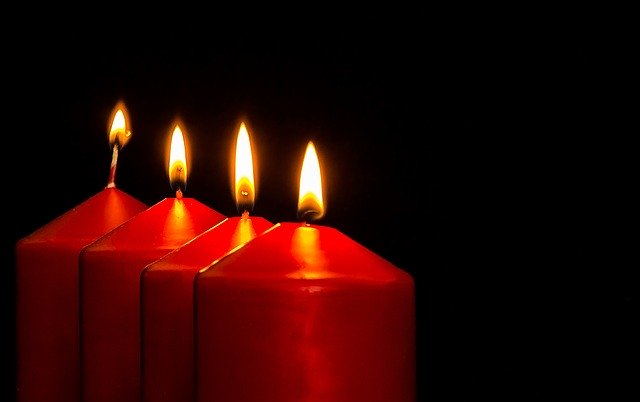 For being just a random object, candles happen to make a very poetic existence in this world. While some consider it just a useful thing to be kept at home, others find immense delight in finding various aromatic candles that can calm their mind. For some candles can turn an everyday dinner affair into a romantic night. While for others, it becomes a medium of light in the darkness.

It’s only fair that you at least try to understand what candles are all about. They are made of wax extracted from different sources. The source of extracting wax has changed for centuries now, from animal fat, to plant-based substances and sometimes rock.

These waxy substances have a defined list of criteria that have been set by scientists. According to them, anything which is solid at room temperature, water repellent, smooth, and primarily hydrocarbon with low odor and toxicity can be a wax. However, not all wax can be used to make candles. Indeed, wax has a wide variety of applications in packages, cosmetics, chewing gum (yes, you chew wax), adhesives, crayons, and of course, candles.

Some Interesting Facts About Candle Wax

History always has some awestruck facts to deliver. In fact, the history of candles and wax has been pretty revolutionary over the past centuries in different parts of the world.

Let’s see how the world changed from the 1800s and how a new era for candles started, well because you know, science.

So as you can see, there is a wide range of wax available, but only a few, or rather one- coconut wax, is considered ideal for candle wax. Why? Because, although wax can be extracted from many sources, there’s a frustrating difference in sustainability and texture.

Soy wax is a vegetable wax extracted from soybean oil. It is usually done after the harvesting season. The beans are cleaned and rolled into flakes. The oil is then drawn out of these soybean flakes and hydrogenated.

The hydrogenation saturates some of the unsaturated fatty acids present in the oil. This process ensures that the melting point of the oil is altered, thus making it solid at room temperature.

Although soy wax is commonly used as candle wax, such candles have their own downside. The reason they are popular is that they are cheap. Soybean oil is just a byproduct of the tremendous agriculture industry. However, many times now, environmental safety concerns have been raised. The concern of deforestation still pertains to the production of soy wax.

People are concerned about prevailing monoculture due to the high demand for soy wax. The excessive use of pesticides and fertilizer would significantly contaminate the soil and groundwater.

It was also found that soy candles do not have ideal burning quality. It does burn slowly; however, it does not throw the desired aroma around the room where it’s kept. Also, it shrinks in cooler temperatures. They also leave frost marks and tarts on the candle.

Coconut Wax- Why is it the Better Choice?

The coconut wax is just coconut oil with a high melting point. The oil is extracted from the coconut meat, which is then filtered, cleaned, and processed to produce 100% biodegradable coconut wax. Such candles are clear white natural solid wax, which is light and non-greasy.

Coconut wax is melted by combustion and has a very low impact on the environment. Coconut is a clean, sustainable, and renewable high yielding crop. Hence, the wax burns longer and cleaner than other waxes. There are absolutely no artificial chemicals mixed with coconut wax candles, and they are free from harmful emissions.

Coconut is an excellent carrier of essential oils and accentuates the aroma. Therefore, the scent thrown around any room is much better than any other wax. Although the wax itself is odorless, they give a subtle calming aromatic push to the scent of the essential oils.

The overall environmental footprint is minimal compared to other waxes. The best thing about coconut trees is that they can grow on almost all kinds of ground without any pesticide or fertilizer. The refining process also removes all the strong overpowering odor of natural coconut, leaving behind a lovely smell that is released only when the wax is burnt and melted.

Coconut wax is also a non-GMO product. While other companies claim that other waxes are also made non-GMO, research shows that it may not be so.

All good things have a price, and sure the coconut wax candles can be a little expensive, but it’s worth it! The comparison with soy or any other wax clearly shows that, by far, coconut wax is amazing and better than any of the waxes produced chemically or from vegetable oils. If you’re looking for superb coconut wax candles, check out Les Creme.